You are here: Home » Destinations » Lhasa: the Capital of Tibet » Ani Tsamkhong Nunnery

Ani Tsamkhong Nunnery is the largest nunnery in Lhasa, the only one nunnery in the Old Town, and the most active one.

There are over 100 nuns living there today. Their main duty is to conduct rituals, primarily dedicated to Avalokiteshvara and Tara. In addition to the nunnery, nuns are running a tea house and a traditional Tibetan hospital.

There are many variations of spelling the name of the nunnery, including Ani Tsankhung and Ani Sangkung.

HISTORY OF THE NUNNERY

The nunnery is located in the southeast of Jokhang temple. In the seventh century, Tibetan King Songtsan Gampo meditated in a natural cave at this site. He was reciting prayers to pacify the dangers from the flood of Lhasa River. That’s why the nunnery was named Tsamkhung which means “meditation cave”.

During the twelfth century, Doctor Gewabum meditated at this site. In the fifteenth century Kujor Tokden, a Tsongkhapa’s close disciple, established the nunnery. At the beginning of 20th century, the venerable Lama Pabongka and Jampa Choedrak, the ninetieth throne holder of Ganden Monastery, enlarged the nunnery to its present size.

You will enter a courtyard decorated with many beautiful flowers. There are two main structures: the Assembly hall and the temple. It is surrounded by the living quarters of the nuns. We recommend visiting the assembly hall first. If you visit in the morning, you can see nuns chanting there. Nuns gather to recite texts of various scriptures.

Continue by visiting the temple located to the right from the assembly hall. There you can see nuns preparing different amulets and inserting papers with prayers into prayer wheels.

Don’t miss the cave hidden in the back. King Songsten Gampo meditated in this cave back in the 7th century. The pathway to the cave is located in between the assembly hall and the temple.

If you wish to visit the nunnery, you can do when traveling in Lhasa. Most of the travelers are staying in the Old Town in Lhasa. You can walk to the nunnery on the afternoon after arriving in Tibet, before scheduled tours in Lhasa or on the last day before departure from Lhasa.

GETTING READY TO VISIT TIBET 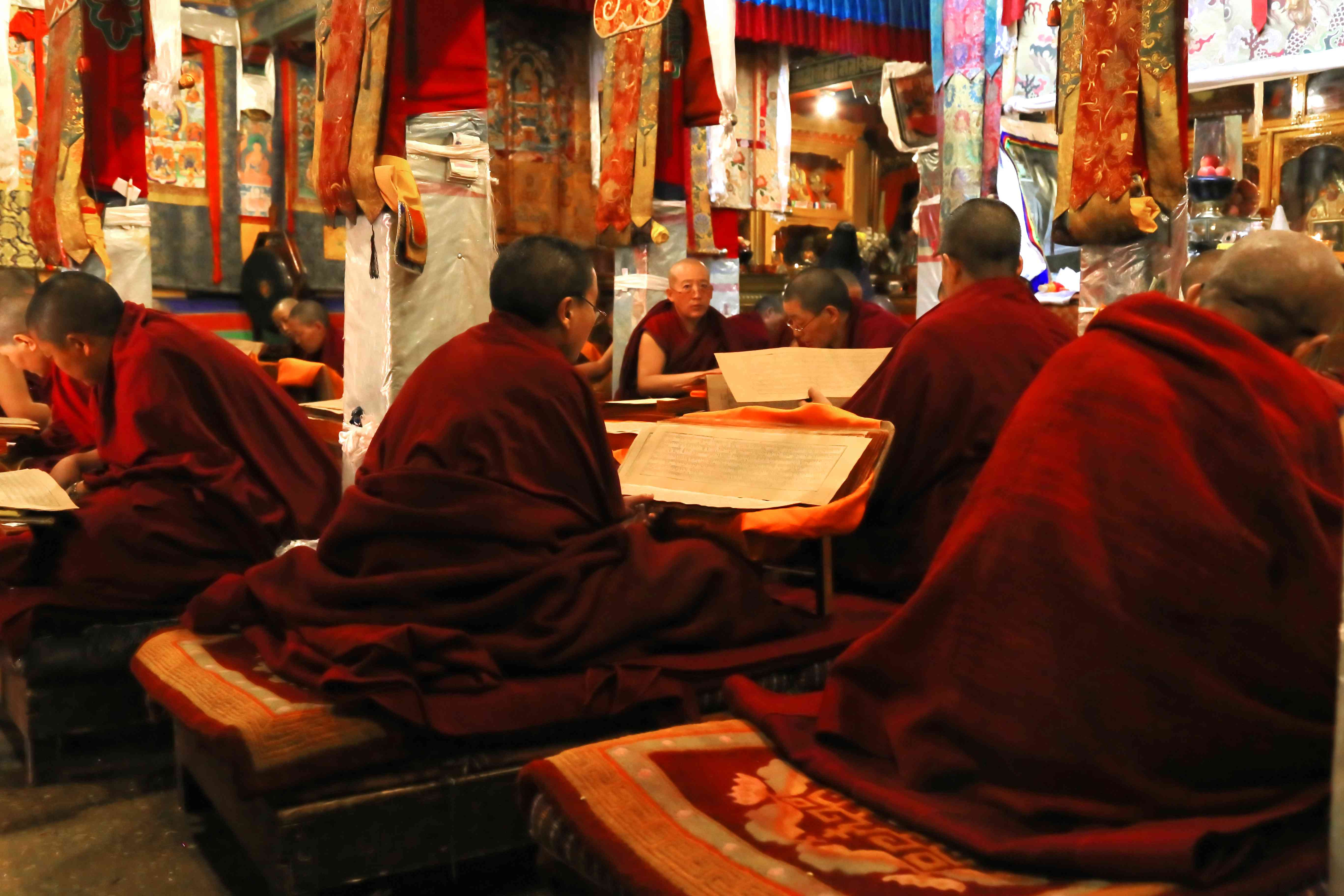