THE MAIN KORA AROUND POTALA PALACE

The main kora around Potala Palace is circling it outside of the Potala walls. There are prayer wheels all around the Palace and pilgrims are turning them on the way. This route is short and takes approximately 15-20 minutes, if you don’t make stops on the way (which is almost inevitable).

Start on the square in front of the Palace and walk clockwise. To the West from the Palace you will see the city gate and three large stupas.

Before crossing the road to the gate, you will find stairs going up to the viewpoint on Chak Pori hill. It is one of the best places to take photos of the Palace. Continue to the gate and further walking along the corridor with prayer wheels.

Once you reach the park behind the Palace, you can take a break there. There is a lake in the park and a small but interesting Lugang temple on the island. Cross the arch bridge to visit the temple (10 Yuan in 2018).

Continue to the Eastern side of the Palace. At the bottom of the hill, you will see a small yellow building. It is a nunnery with rock walls and some interesting statues.

THE MEDIUM KORA AROUND POTALA PALACE

The medium kora is going around Potala Palace, the Old Town area and Chak Pori hill in front of the Palace. To walk it you would typically start behind the Palace and continue walking to the East until reaching the Northern Ling temple.

After that you will head South to the Muslim quarters and the main mosque. Then turn to the West and walk towards Ani Tsamkhong nunnery to the South from Bakhor Street. Continue walking to the West until you reach the bank of the Kyichu River (Lhasa River) and keep walking along the right bank of the river.

When you see the incense burner on the Northern side of the street, cross the street (there will also be a pedestrian bridge for crossing it). You will see the narrow alley behind the burner, that is the entrance to the corridor with wall paintings. The corridor leads to the large medicine Buddha painting and many rock carvings, together called the Thousand Buddha rock carvings.

After that the road will curve to the North and lead to the road connecting Potala Palace and Norbulingka. Continue walking to the North until you reach golden yak statue. From there walk to Potala Palace to finish the circuit. Many Tibetan pilgrims walk the medium kora every day, and it is very popular during religious festivals,

THE LARGEST KORA AROUND POTALA PALACE

Later, when Lhasa became much larger, it was going around the oldest part of the city.

It starts near the Drepung monastery and goes around the wetland area before heading to the Old Town to repeat the medium kora route.

Since the construction of new highways around the capital, some parts of it became unavailable and people settle for a medium kora. 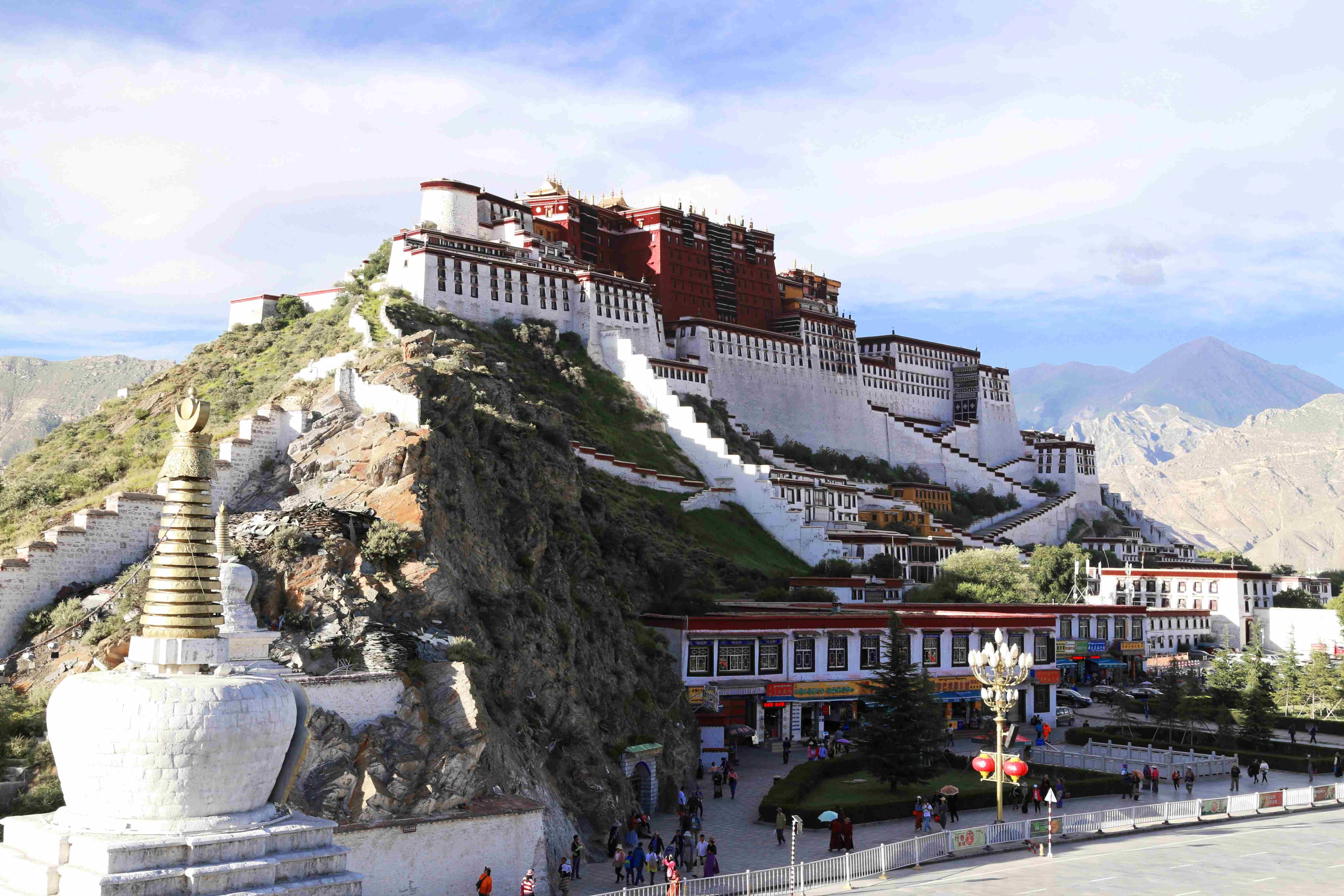