Sera Je is the largest among the three colleges of Sera Monastery.

The entrance to the first chapel is not in the rear of the main hall but through a doorway on the Western side. It leads you into a shrine with tall figures of the Buddhas of the Past, Present, and Future, accompanied by the Eight Great Bodhisattvas. However, this chapel serves more as an attic room that leads into the holiest shrine in Sera.

The Hayagriva chapel is an important place of pilgrimage. This dark and mysterious shrine was erected by Sera Je’s founder lodro Rinchen. There is usually a long line of pilgrims waiting to enter the Hayagriva Chapel. You can join them to circumambulate the deity and press your head respectfully to his feet.

Hayagriva is the horse-headed deity and the main protector of Sera Je. There are numerous suits of armor, chain-mail, helmets, swords and other weapons of war hanging from the blackened upper walls and ceiling. Tibetan soldiers offered them as gifts of peace after the sufferings of a long Campaign. 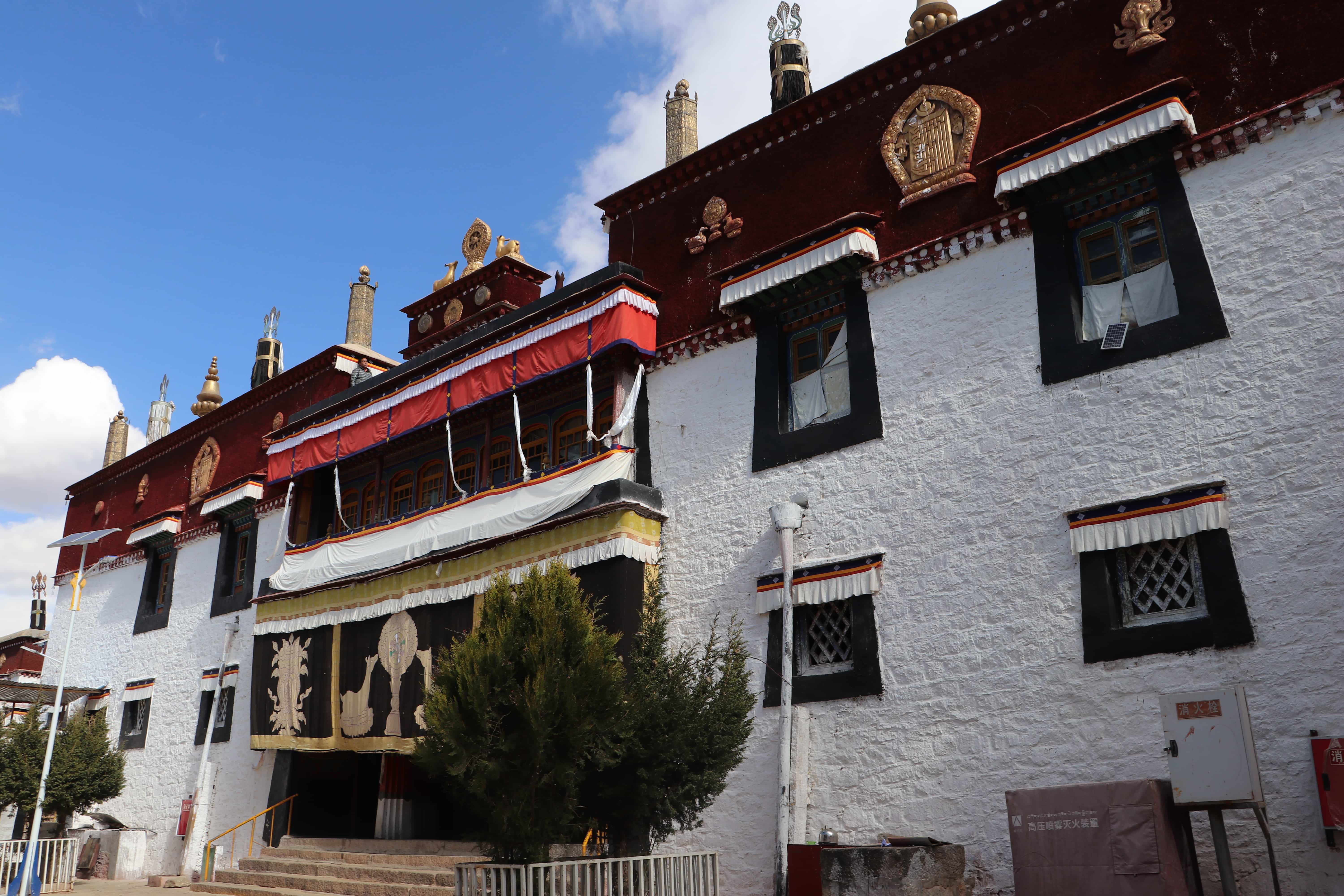