This is the oldest structure in Sera. It is the first building Jamchen Choje erected and it served as the main assembly hall for the monks until, over the years, Sera expanded to its present size. When it was replaced by the larger assembly hall and it became the tantric (Ngag pa) college of Sera. The pillar capitals in the entrance hall are some of the finest examples you can see in Tibet.

There are only two chapels to the rear of Ngagpa. The more interesting is that of the Sixteen Arhats to the left. Seated in niches halfway up the wall are Tibetan images of the sixteen saints, Below them standing on a ledge, are another sixteen images that are small, lacquered Chinese statues. These were offered by Emperor Yong lo to Jamchen Choje when he visited China. A large figure of Shakyamuni is in the center with a finely carved wooden halo behind him A small statue of Milarepa is to his right.

The right-side chapel is the protector Shrine. The main figure is a single Yamantaka, Dharmaraja, Pelden Lhamo and Mahakala are also present.

The Main Hall. The outstanding image in the main hall is that of Jamchen Choje, the founder Of Sera. The smiling radiant face of the statue is crowned with a distinctive black hat around which are Sanskrit letters. (such a hat was probably given to him by the Chinese emperor Yung-lo; it resembles closely the black sect. of the Karmapa, also a gift from a Chinese emperor.) It is said that when the new main assembly hall was built, it was planned to move this statue there, but at the moment of departure, the statue declared that it preferred to stay. Therefore, a copy was made and placed in the main assembly hall instead.

Many other Sera lamas sit to either side of Jamchen Choje. An expressive image of the first abbot of Sera, Gyeltsen Sangpo, sits to the left Maitreya and Pabongka Rinpoche. He is recognizable by his stern expression and goatee beard. Second from the end on the right is a large figure of Jetsun Chokyi Gyaltsen the Sera lama who wrote the standard textbooks on philosophy and debate for the college. Next to him a smaller statue of Lodro Rinchen, the founder of Sera Je college.

The Upper Storey. The only chapel on the upper floor dedicated to Buddha Amitabha. A rather unattractive but perhaps ancient statue of this Buddha sits as the central image. To the left is a stupa containing the relics of Gyaltsen Sangpo and to the right a stupa with the relics of the great debater Chokyi Gyaltsen. The Eight Medicine Buddhas surround the Shrine. 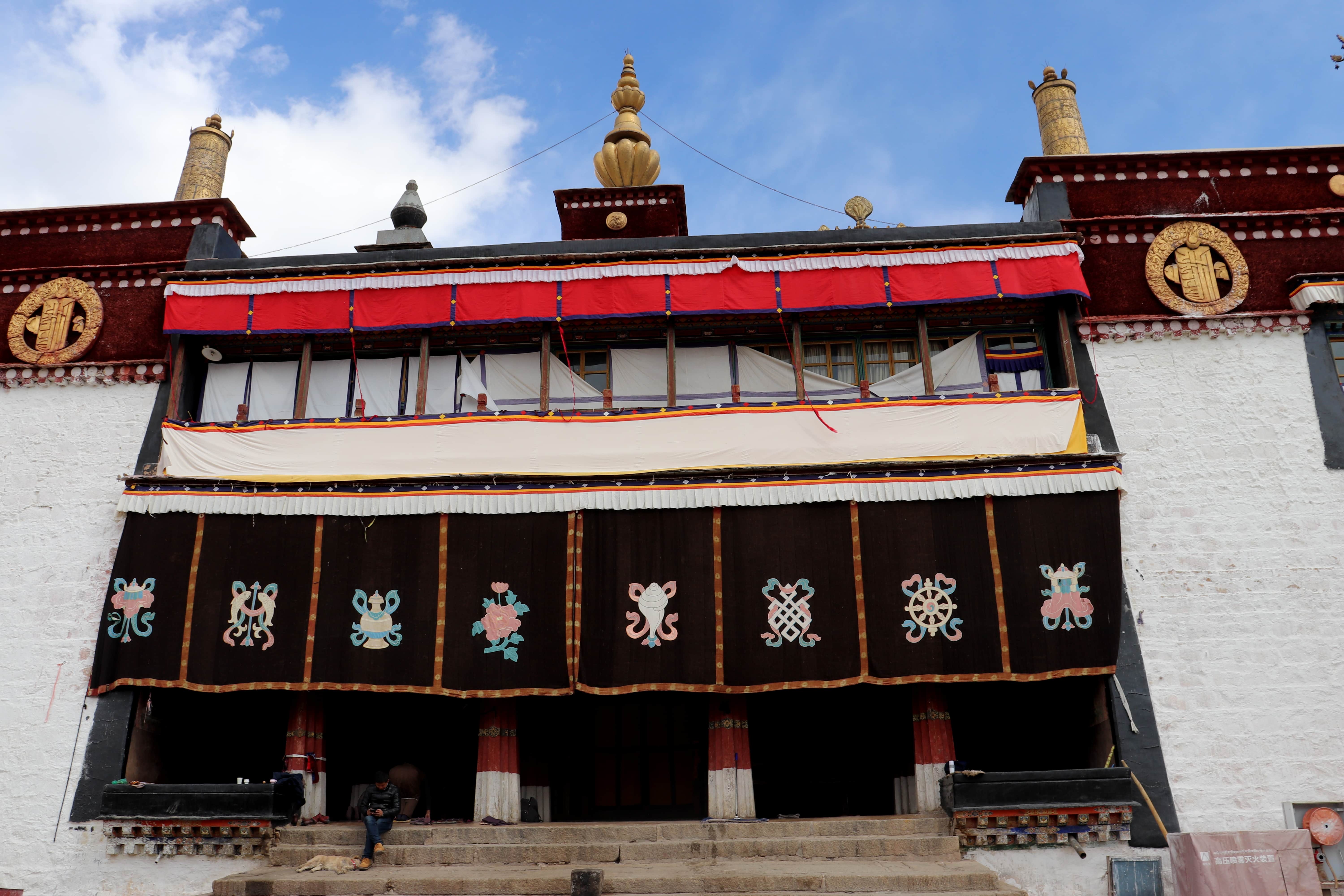