Tidrum Nunnery (also spelled Terdrom) is located in a gorgeous valley with mountain streams meeting in a narrow gorge. The nunnery is about 16 km to the North-West of Drigung Til monastery, and many visitors visit both of them. This history of the nunnery is closely connected to King Trisong Detsen’s wife Yeshe Tsogyal. She spent years meditating at the site of the present-day nunnery. Presently, the nunnery is home to about 130 nuns. The head of the nunnery is the elderly Khandro-la, a veritable emanation of Yeshe Tsogyel.

Uphill from the main nunnery complex, there are many meditation caves. The main cave belonged to Padmasambhava.

The nunnery is famous for its medicinal hotspring. Many Tibetans visit this hotspring. Locals believe that water is infused with herbs and can cure disease.

There are separate men’s and women’s bathrooms. Contrary to more commercial places, there is no concrete. If you would like to visit the hotspring, we suggest bringing your own bath towel, swimming suite, and slippers/flip-flops.

The history of Tidrum nunnery goes back to the 8th century, the time of  King Trisong Detsen. Following the popular at that time tradition, he offered one of his queens Yeshe Tsogyel to the Indian master Padmasambhava. The nobles disapproved of it. Padmasambhava and Yeshe Tsogyel escaped and stayed in the caves of the present-day Tidrum complex. Padmasambhava concealed some of the scriptures and religious objects in the caves above the nunnery. Later, they were rediscovered.

In the 11th century complex was enlarged.

There is a simple guesthouse with shared dorm rooms near the nunnery. However, the most popular choice is the Shambhala hotel. Hotel is located about 10km away from the nunnery. It is more simple than House of Shambhala hotel in Lhasa, although it is the same chain. The best part of the hotel is that you will have hotspring water in the shower in your room. Rooms are decorated in traditional Tibetan style.

This 8 days tour starts in Lhasa, where we will spend the first 3 days sightseeing and acclimatizing to high altitude. After that, we will travel to some of the off-the-beaten-path places in Tibet. We will visit Ganden Monastery, the first monastery of the Gelug sect of Tibetan Buddhism. After that, we will visit Tidrum Nunnery, Drigung Til Monastery and Reting monastery. In the end, we will finally reach Namtso, the heavenly lake in Tibet. 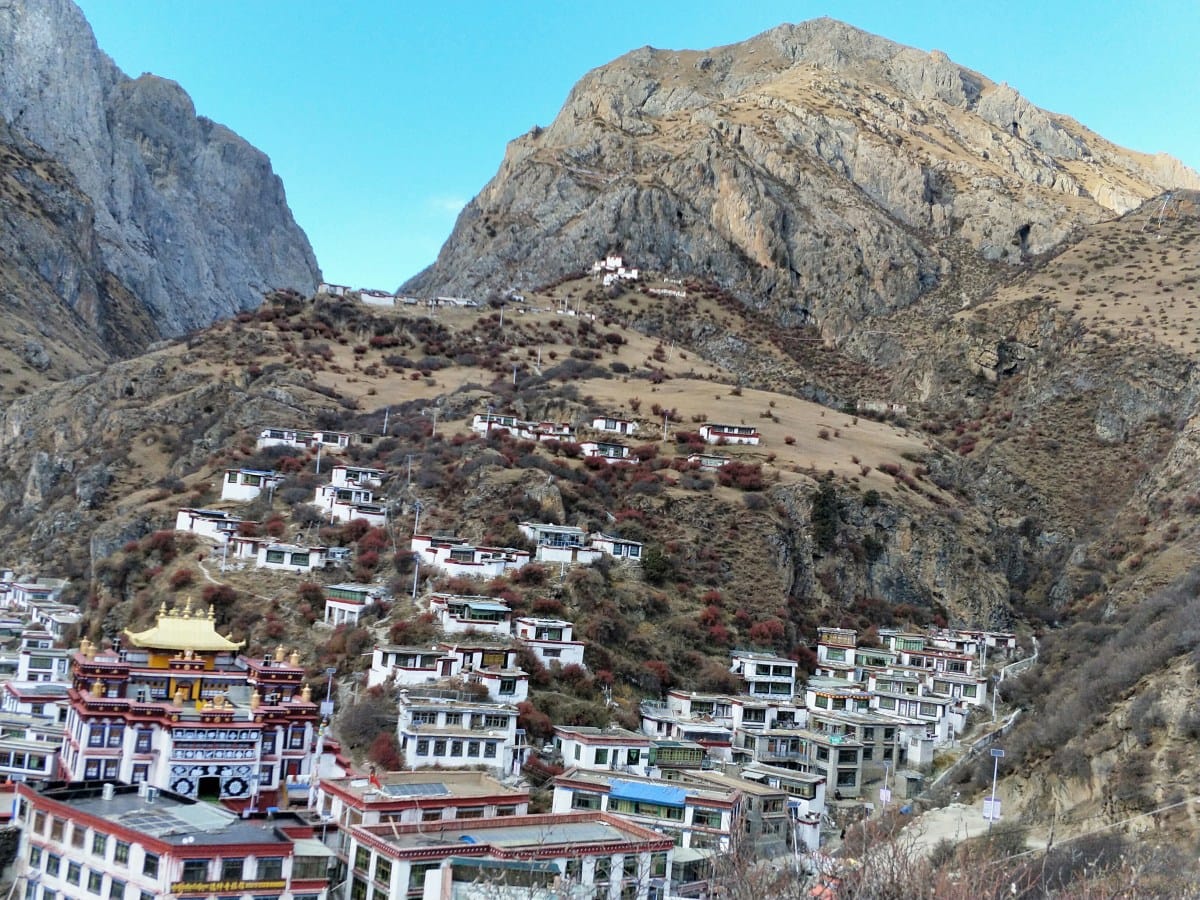