Zutul Puk monastery is located on the East side of Mount Kailash, about 14 km from Darchen. On a typical 3 days trek around the mountain, you will reach the monastery at the end of the second day. The second day of trekking is the most challenging, and you will be happy to finally take a rest in a teahouse by the monastery. However, if you have time and energy left we recommend visiting the monastery.

In Tibetan, “Zutul” means miracle and “Puk” means cave. Originally, Zutul Puk was built in the 13th century. However, the present-day building is from 1983.

At the center of the monastery is a meditation cave associated with Milarepa. Kailash area was a scene of a clash between Milarepa representing Buddhism and Naro Bonchung representing Bon religion. The present-day Zutul Puk monastery location is one of the places of their encounter.

It started to rain, and Milarepa with Naro Bonchung agreed to make a shelter together. Miarepa placed a large stone slab making a roof before Naro Bonchung constructed walls. Milarepa adjusted the height of the roof by pressing it down with his foot first, and then pushing it up from the inside. That’s why there is his footprint of the top of the cave under the roof of the monastery. There are also his head and hand prints on the ceiling of the cave.

You can spend some time in the cave meditating.

In the monastery built around the cave you will also see footprints of Padma Sambhava and Yeshe Tsogyal. There are great thangkas depicting Drigung lineage.

Around the monastery you will see many mani stones with carved and painted prayers. Outside you will also see a large rock. According to the legends, Milarepa placed it there by hands.

There is a tea house near the monastery, serving simple meals. Also, there are several guesthouses where we stay for the night to rest before finishing our 3-days long trek around Mount Kailash.

One of our most popular group tours, starting in Lhasa, the capital of Tibet, and going to Mount Kailash for three-days trekking around this sacred mountain. On the second day of trekking around Kailash, you can visit Zutul Puk monastery. During this tour, we visit Potala Palace, Jokhang Temple, Yamdrok Lake, Gyantse monastery and Kumbum stupa, Mount Everest, Lake Manasarovar, Chiu Monastery, Mount Kailash, and much more.

This special tour takes you to the sacred Mount Kailash during the biggest festival of the year. Saga Dawa Festival celebrated the day of Buddha’s birth, enlightenment, and death. It attracts thousands of pilgrims from all around Tibet, India, and the world. You will see the greatest diversity of Tibetan national dress as people wear their best clothes for the festival.

A private tour taking you from Lhasa, the capital of Tibet to the most Western part of the country. The tour includes three days trekking around Mount Kailash and visiting the ruins of the Guge Kingdom on the West, in addition to Lhasa, Shigatse, Gyantse, and Everest Base Camp.

All you need to know to get ready for an adventure of a lifetime. Information about required documents, ways to travel, the best season, what to wear and pack, how to prepare physically and what to expect on your journey. 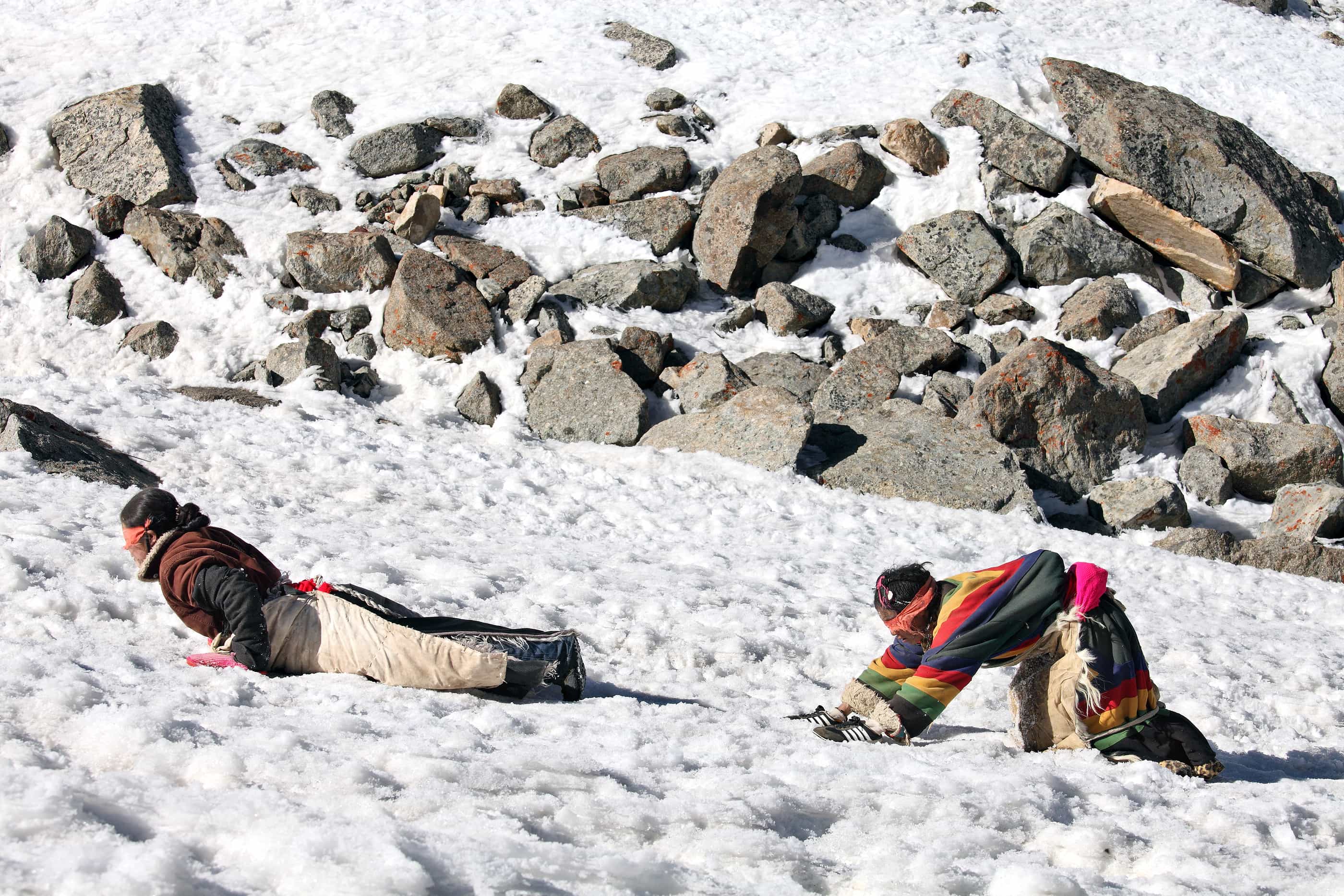