The six Days Tibetan Cultural Heritage Tour is an incredibly beautiful adventure suited even for those who don’t want to visit high altitude areas. We will start in Lhasa, the capital of Tibet. You will visit UNESCO World Heritage sites: Potala Palace, the winter residence of the Dalai Lamas, and 7th century Jokhang Temple. On the next day, we will spend time in Sera and Drepung Monasteries. Both monasteries are some of the largest and the most important in Tibet.

After that, we will take the scenic road to Tsedang, the cradle of Tibetan civilization. We will see Yumbulakhang, the first fort in Tibet, and Samye Monastery – the first Buddhist monastery in Tibet.

You arrive at the Lhasa Gonggar airport or the train station. The airport is 62 km/ 39 miles away from the city, and it takes approximately 1 hour to get to the hotel from there. On the way to Lhasa, you will enjoy beautiful views of the mountains. The train station is located in Lhasa, and we will only need a short transfer to the your hotel.

Depending on the time of your arrival, you might have some free time to spend in Lhasa. Our guides will be happy to advise you on what you can do in Lhasa. After you check in the hotel, you are welcome to explore the city, visit nearby temples, do some shopping, try delicious Tibetan food in one of the local restaurants, or just take a rest.

Walking around Barkhor street can be an excellent choice for your first day in Lhasa. You will join crowds of pilgrims, local Tibetans, and monks circumambulating the Jokhang temple.

Most importantly, on your first day in Tibet, relax, enjoy your day and allow some time for acclimatizing.

We are visiting the two most important religious sites in Tibet.

The Potala Palace was the seat of the Dalai Lamas since the 7th century. First, the guide will take you to the Chak Pori hill to take photos of the majestic Palace. After that, we will go inside and spend approximately 1.5 – 2 hours there. You will see many of artifacts.

In the afternoon you will have lunch. If time permits, you can walk around the Potala Palace and joins many Tibetans.

After that, we will walk towards the Jokhang temple. It was build in the 7th century to display the Jowo Shakyamuni Statue of the 12-year-old Buddha at the time bore the enlightenment. The statue was created at the time when historical Buddha lived. It is elaborately decorated with gold, jewels, and precious stones.

After visiting the temple, we recommend you walking around the Barkhor street.

We are visiting the two most important monasteries in the capital.

First, we will visit Drepung monastery which once was the biggest monastery in the world with over 10,000 monks living there. It was the residence of Dalai Lamas before the Potala Palace was built.

We have lunch after the visit.

In the afternoon we are visiting Sera Monastery. It was founded by Tsongkhapa’s disciple in the 15th century. Nowadays it is famous for monks debate that you can witness. Debates are an essential part of learning and understanding Buddhism. Monks gather in the courtyard in the shade of trees to refine their knowledge.

It takes approximately 4 hours to drive to Tsedang from Lhasa. We will make a stop on the way by the bank of Brahmaputra River.

After applying for the permit in Tsedang, we will visit Trandruk Monastery. The monastery is one of the oldest in Tibet, dating back to the 7th century. It was constructed at the same time as Jokhang temple, and the architectural design follows a similar pattern. The monastery houses an important ancient Tara embroidery made of 29,000 pearls.

In the afternoon we will visit Yumbulakhang, the oldest building in Tibet present nowadays and the first fort. It later became a monastery. However, its design is unique for Tibet.

In the morning we will head towards the Samye monastery. It is the first monastery in Tibet. The monastery complex is designed in a shape of the mandala to resemble the structure of the universe.

After visiting the monastery, we will go up the Hepo Ri Hill, where centuries ago Padma Sambhava subdued the demons and helped to establish Buddhism in Tibet. From the hill, there is a splendid view on Samye, Brahmaputra river, and surrounding valley. PREPARE FOR YOUR TRIP Both group and private tours are available.

This trek goes along an incredibly beautiful route in Tibet. We start in Lhasa, where we visit the most important historical places and acclimatize before the trek.
During our trek, we will walk through high mountain passes (up to 5,250 meters), rocky mountains, vast green valleys, cross mountain rivers, and finally reach dense forest area.
We complete our trek at the Samye monastery, the first Buddhist monastery in Tibet.
For those who feel adventurous, there are some one-day trekking options available near Samye. They can be added to your tour. 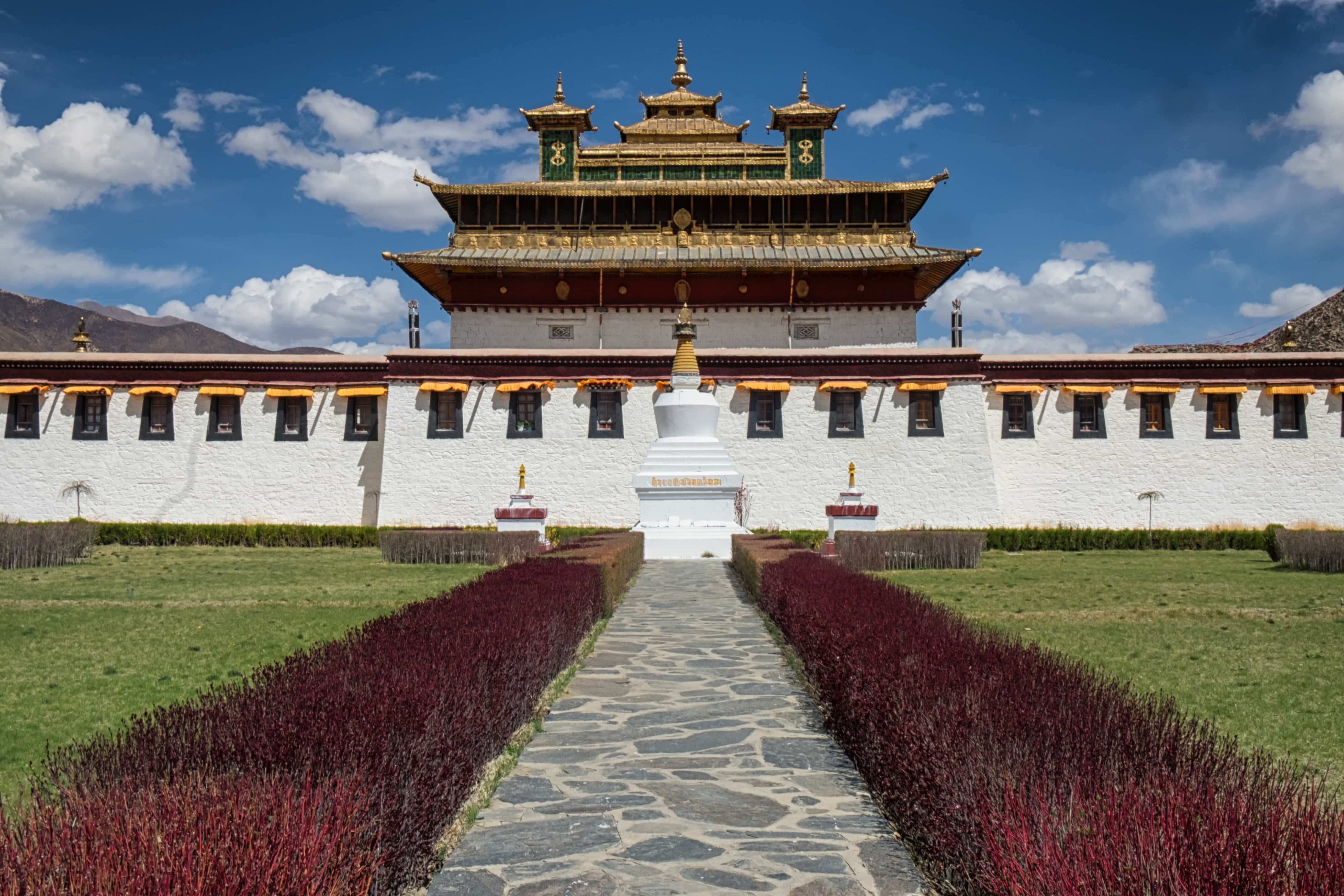