Today we are visiting two monasteries outside of Lhasa. Both have a long history of important Buddhist masters and practitioners studying there. This day tour will also be great for those preparing for trekking tour in Tibet. Elevation of Drak Yerpa at the bottom of the complex is 4,400 meters. Spending time there helps to acclimatize to high altitude. The climb up the Drak Yerpa is not very extraneous.

Drak Yerpa is a complex of meditation caves. Temples are built right on the hill slopes around the caves. Caves and temples are connected with narrow paths running up and down the mountain. Seventh century Tibetan King Songtsen Gampo , Guru Rinpoche, Atisha meditated in the caves of Drak Yerpa.

Ganden monastery is one of the six main monasteries of Gelug sect. Lama Tsongkhapa founded the Gelug sect in 14th century, and he established Ganden monastery. The monastery complex sits on mountain shaped as a semi-circle, forming natural amphitheater. From Ganden you will get an awe-inspiring view on surroundings.

In the morning we leave Lhasa to drive to Drak Yerpa. We will drive through the high pass. From the pass, you can see Lhasa in a distance and Lhasa river valley. When we reach Drak Yerpa you can have Tibetan tea in a teahouse at the bottom of the mountain.

After that, we start going up the hill to visit temples and caves nested on the mountain. We will visit Dawa-puk (Moon Cave), where Guru Rinpoche meditated for seven years, the Cave of Songtsen Gampo, 7th century Tibetan King, Neten Lhakhang – the caves for worshiping the Sixteen Arhats and other caves in the Hermitage. The main building of the complex is the yellow temple Jampa Lhakhang. Inside the temple, there is a two-story high statue of Future Buddha accompanied by Vajrapani, Vairocana, and Hayagriva.

Ganden Monastery was built in 14th century on a mountain overlooking a vast valley to the East from Lhasa. The large complex once was a home to over 3,000 monks. Although it was almost completely ruined during the Cultural Revolution, many of the chapels and buildings of the complex were restored.

The highlight of the day is waling the high kora around the monastery. From the highest point of the mountain you can get an incredible view on Kyi Chu or Lhasa river valley.

GETTING READY FOR YOUR TOUR 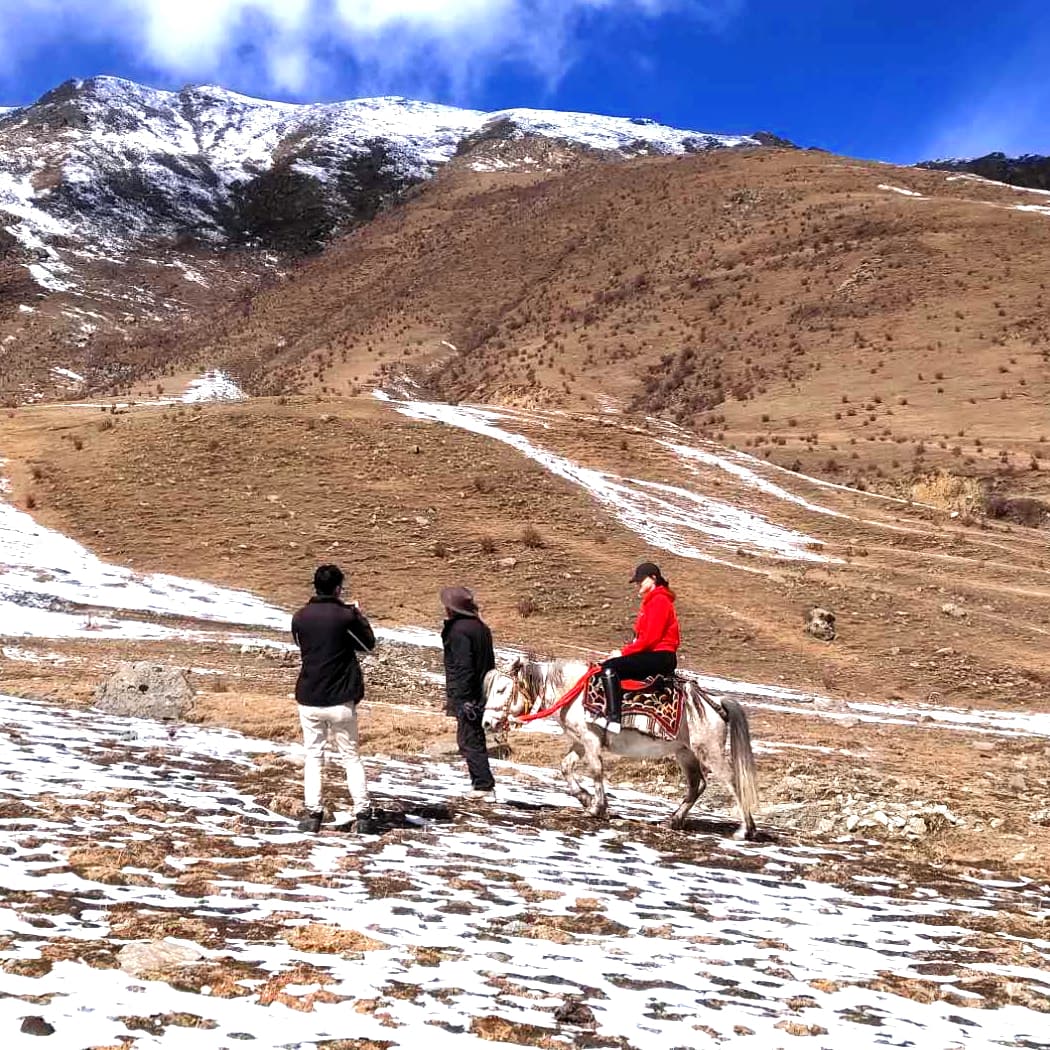 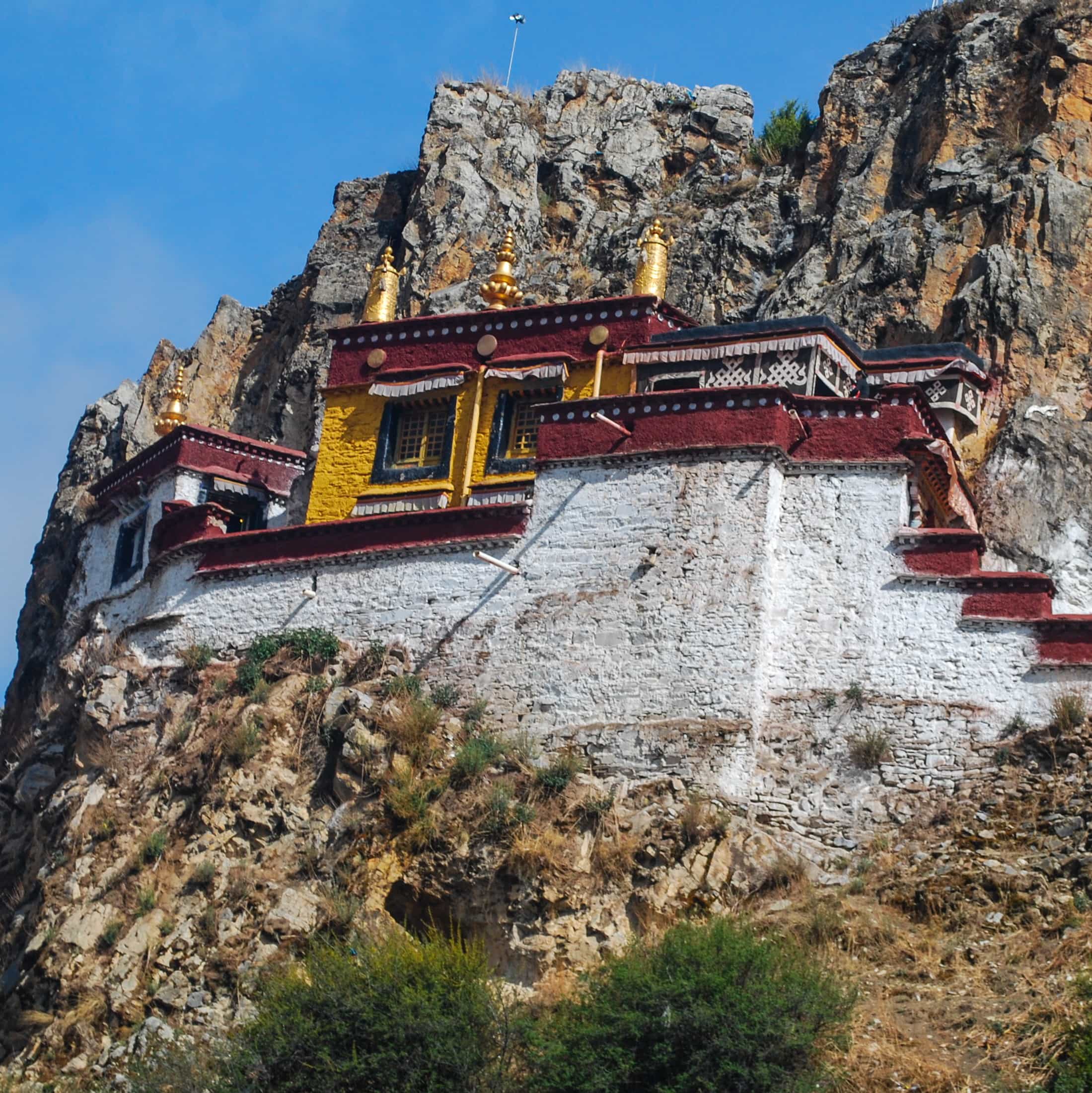 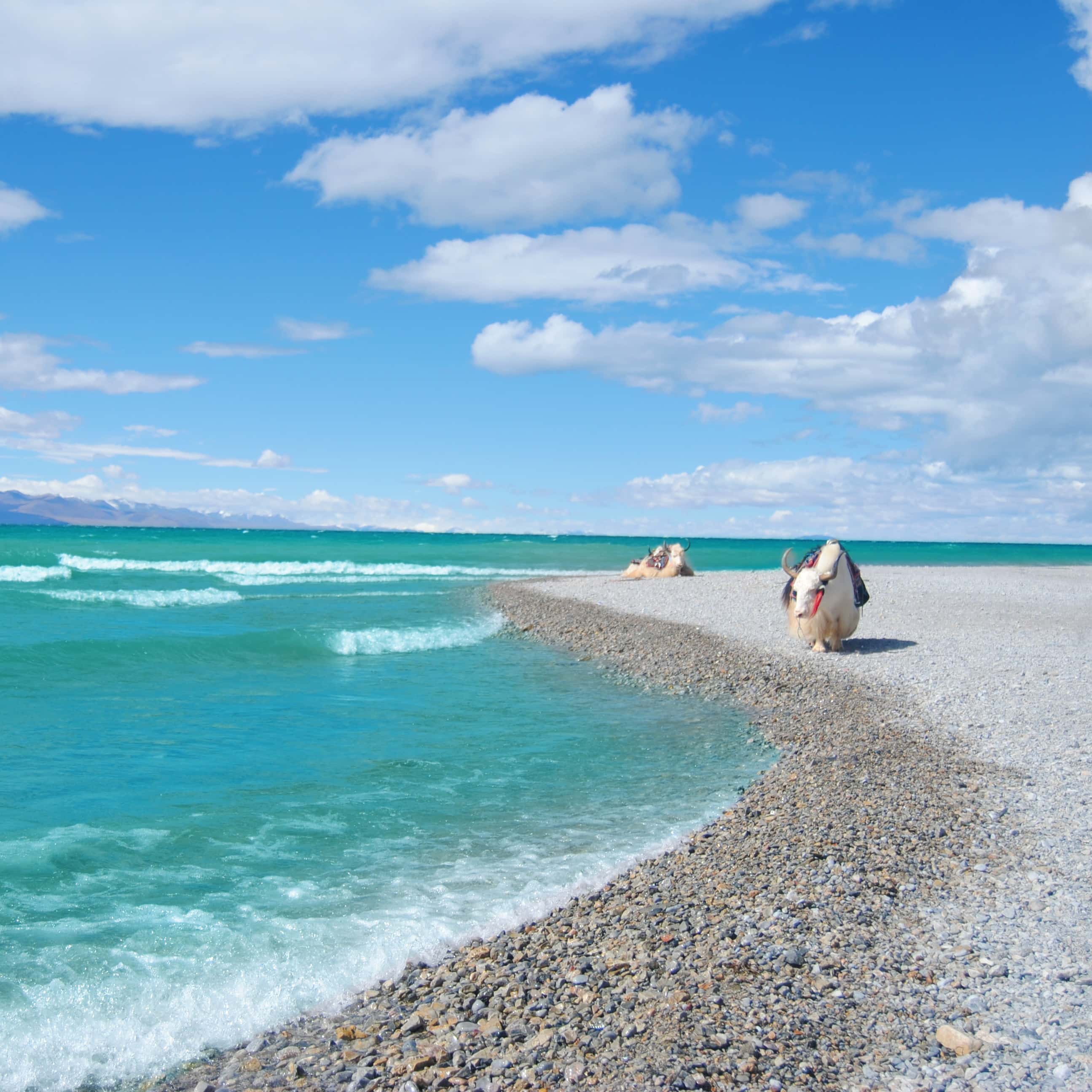 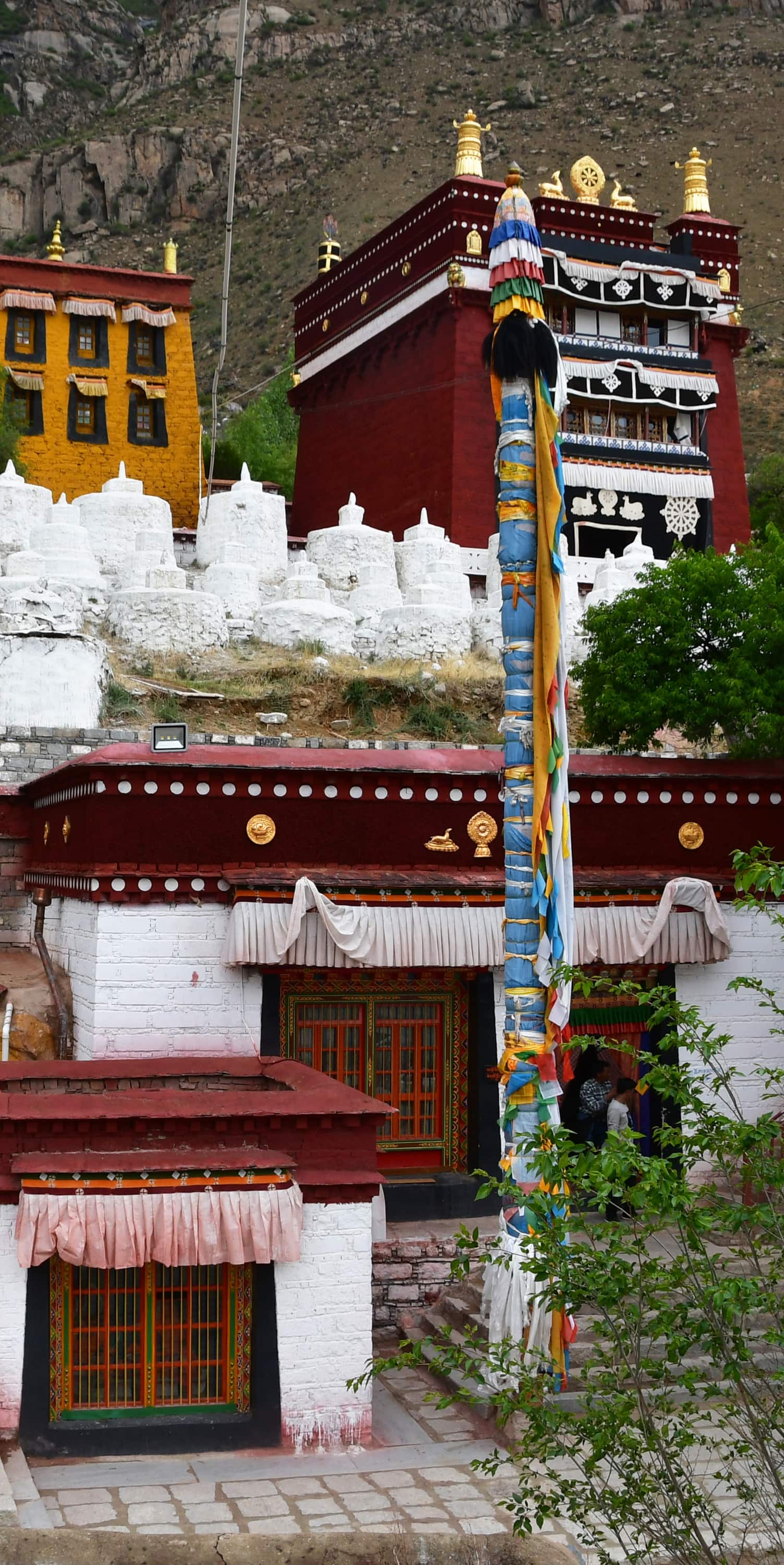 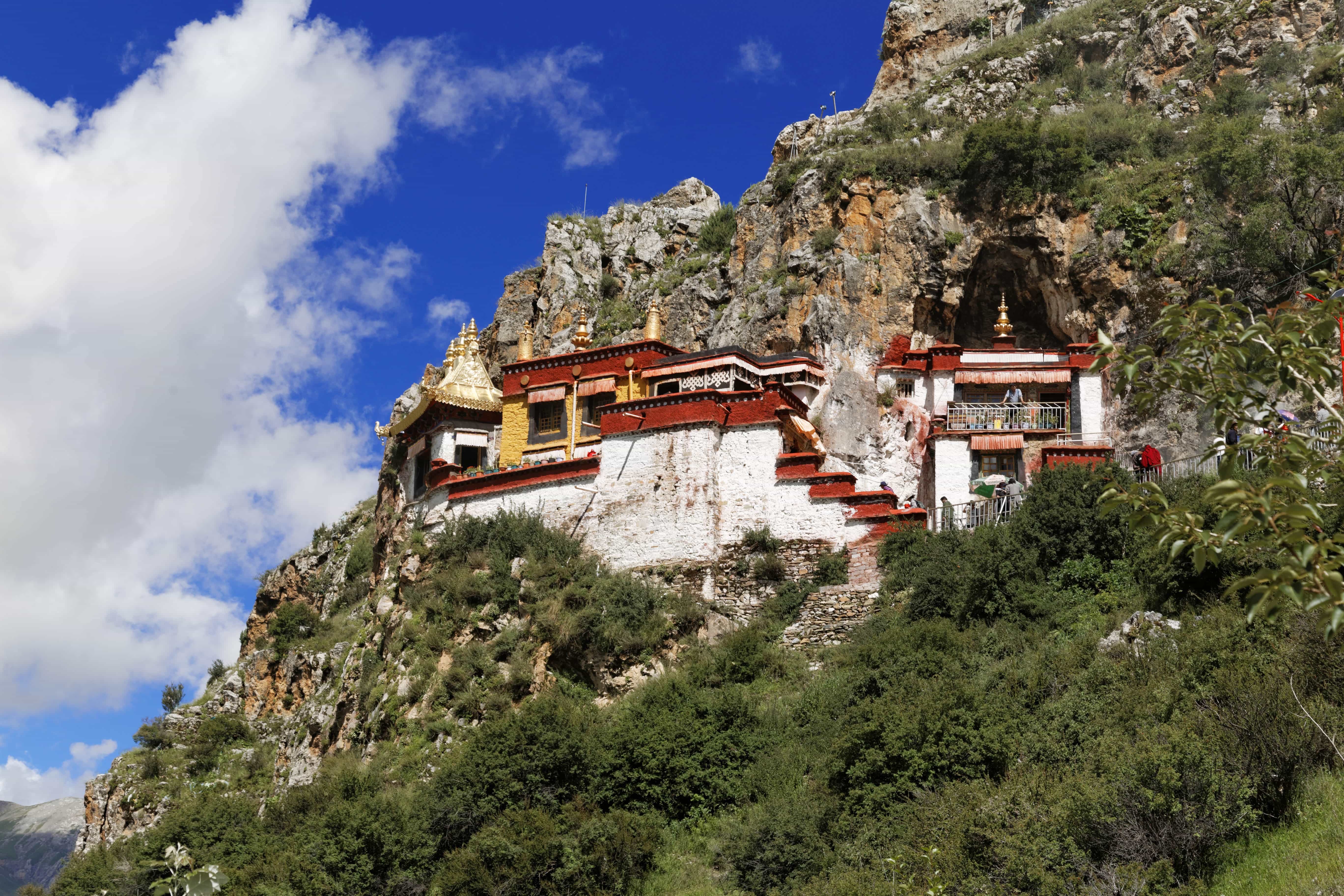